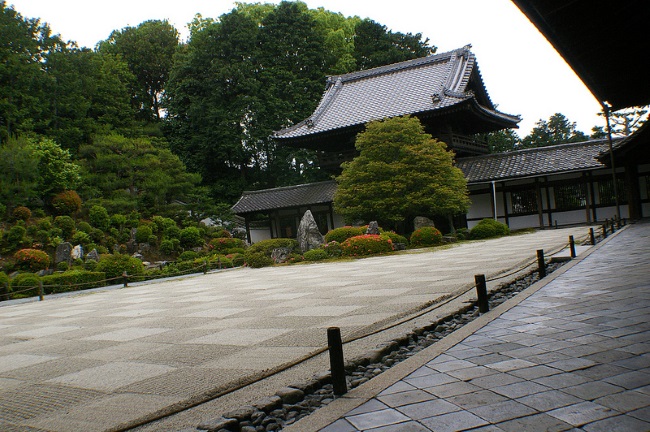 When you think about Japan surely you think about Kyoto, its imperial history, cherry blossom petals in a water fountain and the silence of a peaceful rock garden.
However, Kyoto is not only elegantly dressed geishas and wooden tea houses, but a fascinating blend of ancient and contemporary. In fact, even if it represents the Japan of our imagination, it certainly isn’t stuck in the past.
Today millions of people visit it not only for its centuries-old Shinto shrines and pagodas, but also for the vibrant modern-day Japan, as proved by the headquarters of companies like Nintendo and electronics manufacturer Kyocera.
Hub for Japanese culture, art and education, if it’s the past you seek, Kyoto will bring your imaginings to life giving you a snapshot of imperial Japan.

Please, respect the rules: we are in Kyoto!

Japan’s capital from A.D. 794 to 1868, Kyoto is the epicenter of Japan’s cultural heritage but also of Japanese etiquette, that visitors should respect.

The official language in Kyoto is Japanese, but you might hear some people in Kyoto use the Kansai dialect, which is regarded as a more elegant and formal version of the language. For example, “thank you,” in the Kansai dialect is “ookini,” while in standard Japanese it’s “arigato.”
Kyoto’s official currency is Japanese yen (JPY). One American dollar (USD) equals about 97 yen (JPY). And while your daily budget in Kyoto may have to be a little higher than in other cities, you won’t have to worry about tipping, since it is not customary here.

No matter where you point your lens, modern-day Japan is sure to make it into the frame. We suggest to bring with you everything neccessary for urban shooting, shorter and wide angle lenses will help to take pictures of the small beautiful gardens.

Wide aperture lenses like 1.8 or 2.4 will allow you to shoot in low light condition as example inside a temple.